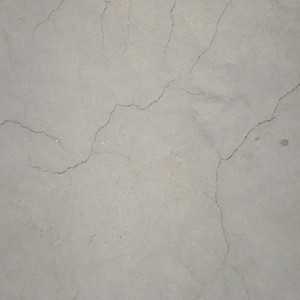 1）. Choose cement with less shrinkage, generally use low-to-medium heat cement and fly ash cement to reduce the amount of cement.

5）. Set up appropriate shrinkage joints in the concrete structure.

2) Strictly control the water-cement ratio, add super plasticize to increase the slump and work ability of concrete, and reduce the amount of cement and water.

3) Before pouring the concrete, water the base layer and the form work evenly and soak.

5) Sun-shading and wind-shielding facilities should be set up in high temperature and windy weather and maintained in time.

Subsidence cracks are caused by uneven and soft soil quality of the structure foundation, or uneven settlement caused by improper backfill soil or immersion in water; or because of insufficient template rigidity, excessively large template support spacing or loose support bottom, etc., especially in In winter, the form work is supported on the frozen soil. After the frozen soil is thawed, uneven settlement occurs, causing cracks in the concrete structure. Such cracks are mostly deep or penetrating cracks, and their direction is related to the subsidence. They generally develop in a direction perpendicular to the ground or at an angle of 30° to 45°. Larger subsidence cracks often have a certain dislocation, and the width of the cracks is often It is proportional to the amount of settlement. The crack width is less affected by temperature changes. After the foundation has been deformed and stabilized, the settlement cracks have basically stabilized.

1) The soft soil and fill foundation should be compacted and reinforced before the construction of the superstructure.

2) Ensure that the template has sufficient strength and rigidity, and the support is firm, and the force of the foundation is even.

3) Prevent the foundation from being soaked by water during the concrete pouring process.

4) The time of template removal should not be too early, and attention should be paid to the order of removal.

4) Improve the aggregate gradation, add fly ash or super plasticize, etc. to reduce the amount of cement and reduce the heat of hydration.

5) Improve the mixing and processing technology of concrete, and adopt the new technology of "secondary air cooling" on the basis of the traditional "three-cooling technology" to reduce the concrete pouring temperature.

6) Add a certain amount of admixtures with water reducing, plasticizing and retarding effects to concrete to improve the fluidity and water retention of the concrete mixture, reduce the heat of hydration, and delay the appearance of heat peaks.

9) Cooling pipes are set inside the mass concrete, and cooled by cold water or air-conditioning to reduce the temperature difference between the inside and outside of the concrete.

10) Strengthen the monitoring of concrete temperature, and take timely cooling and protection measures.

12) Reduce constraints. Before pouring concrete, it is advisable to lay a 5mm sand cushion or paint with asphalt and other materials on the bedrock and old concrete.

13) Strengthen the concrete curing. After the concrete is poured, cover it with moist grass curtains, hemp sheets, etc., and pay attention to sprinkling water for curing, appropriately extending the curing time, and ensuring the slow cooling of the concrete surface. In the cold season, insulation measures should be set on the surface of the concrete to prevent the cold wave from attacking.

14) The concrete is equipped with a small amount of steel bars or mixed with fiber materials to control the temperature cracks of the concrete within a certain range.

Alkali aggregate reaction cracks and cracks caused by steel corrosion are the most common cracks caused by chemical reactions in reinforced concrete structures. After the concrete is mixed, some alkaline ions will be produced. These ions chemically react with certain active aggregates and absorb water in the surrounding environment to increase their volume, causing the concrete to become loose and swell and crack.

1) Use sand and gravel aggregates with low alkali activity.

Due to poor concrete pouring, poor vibrating, or thin steel protection layer, harmful substances enter the concrete to corrode the steel bars, and the volume of the corroded steel bars expands, causing the concrete to expand and crack. This type of cracks are mostly longitudinal cracks and appear along the position of the steel bars. .

Cracking treatment The appearance of cracks will not only affect the integrity and rigidity of the structure, but also cause the corrosion of steel bars, accelerate the carbonation of concrete, and reduce the durability of concrete and its anti-fatigue and anti-permeability capabilities.

Cracks are a common phenomenon in concrete structures. Their appearance will not only reduce the impermeability of the building and affect the function of the building, but also cause the corrosion of steel bars, the carbonation of concrete, and reduce the durability of materials. The load-bearing capacity of the building, therefore, the concrete cracks should be carefully studied and treated differently, and reasonable methods should be adopted to deal with them. Various effective preventive measures should be taken during construction to prevent the appearance and development of cracks and ensure the safety of buildings and components. , Work steadily.