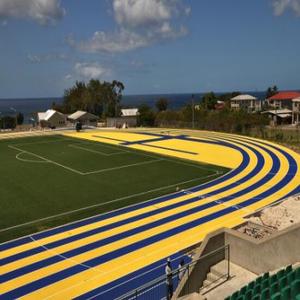 Talk about another "star product" of MDI series - MDI-50

Compared with pure MDI products, MDI-50 has lower reactivity and melting point. In general, when MDI has a higher content of 2,4'-MDI, the product has lower reactivity and melting point. Due to the difference in reactivity, MDI-50 provides better flow properties for the production of molded products. The product can be used in the production of various types of polyurethane foams such as soft, semi-rigid and microcellular elastomers. In the production of polyurethane elastomer products, adhesives and adhesives, sealants, coatings, etc. The main downstream of MDI-50 is rubber track, curing agent, adhesive and waterproof coating. The first major downstream is the rubber running track. With the introduction of the new national standard, TDI has been determined to be banned from athletic rubber running track. The MDI system as the alternative material will replace TDI.

TDI is an important raw material for polyurethane industrial production, and its applications include light industry, chemical industry, electronics, textile, medical, construction, building materials, automotive, defense, aerospace, and aviation. In the formula, the TDI component polyurethane track is the TDI system polyurethane track. Because TDI gasification temperature is low, it is easy to cause poison to the human body, and TDI is a class II (highly hazardous) poison, and it is a human body carcinogenic suspicious material. It is reported that in the last few year most of the athletic rubber running track laid on campus are of the TDI type, and the basic materials are polyether polyols and TDI.

As early as 1994, the International Athletics Technical Association submitted its proposal of “not accepting sports tracks using polyurethane systems containing TDI components”. China has included TDI in the Catalog of Highly Toxic Chemicals.

Our company has solved these problems. Our factory improved the formula, has successfully used the environment-friendly MDI solvent-free system to replace the old formula of the TDI system, and at the same time switched to environmentally friendly plasticizers and environmentally friendly driers, and applied in the market for several years, this technology is quite mature. Welcome new and old customers inquiry.