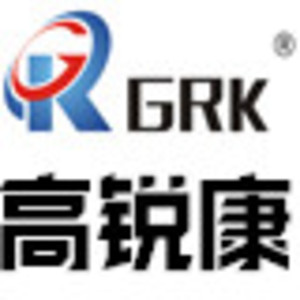 Affected by the epidemic, global trade has fallen into a slow state. After experiencing a sharp drop in shipping demand in the first half of the year, freight rates have continued to rise, driven by the increase in export volume. Export companies should have all realized that sea freight has risen to the point where one can doubt one's life, and grabbing a container is comparable to grabbing a train ticket during the Spring Festival.

In addition, Hapag-Lloyd Shipping Company has a new solution to the problem of shortage of containers in a large area in China. It has introduced a "container upgrade fee" and will charge the shipper US$175 per container.

Southeast Asia Route soars by US$1,000

The decline in international logistics capacity has led to a sharp increase in container ship freight rates. The freight rates of the West American route have increased nearly three times compared with the beginning of the year, and the freight rates of South American routes have also skyrocketed! In the context of tight transportation capacity, the industry frequently produces container shortages and container dumping phenomena! Both Textainer and Triton, the world's top three container equipment leasing companies, said that the shortage of containers will continue in the coming months.

This week, affected by the epidemic, the export container shipping market generally maintained a high level of operation. Near the beginning of the month, the freight rates of most ocean routes increased, and the composite index rose.

North American routes are operating at a high level in the market. Overtime ships have appeared in order to relieve the tight capacity, and most of them are fully loaded. The freight rate of the route is basically the same.

The Persian Gulf route, the supply and demand situation was generally stable, and the freight rate increased by 2.2%.

The Australia-New Zealand route is in the peak season before Christmas, and the relationship between supply and demand is good, and the price of spot booking increased by 10.4%.

South American routes, the transportation demand was at a high level, and the freight rate rose again after the return, and the spot booking price increased by 3.4%.

What is more surprising is that the previously stable Southeast Asia route ushered in the biggest price increase. Wan Hai Shipping Company also issued a notice:

In response to this, the shipping company has started a new round of "money robbing operations", imposing high container surcharges on cargo owners.

Regarding the shortage of containers, Hapag-Lloyd has announced that from November 15th, a surcharge of US$175 per container will be charged for 40-foot containers, which will be applicable from China (including Macau and Hong Kong) to Northern Europe and the route market in the Mediterranean.