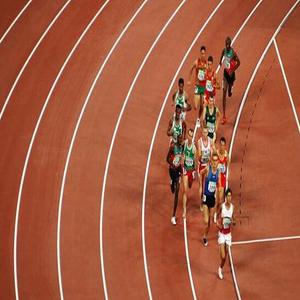 Why do we always run counterclockwise?

About the theory of "mighty right hand"

If the heart is established, then the theory of "mighty right hand" voice will be more echoed, because the left side of the heart will play a stronger supporting role on the left side, and the strong right hand side will say that everyone is right handed. No matter right hand or right foot, the power is higher than that of the left side, so it will become more comfortable when turning counterclockwise, and it will be able to maintain the balance of the body.

In the process of earth rotation, centrifugal force is generated due to inertia. In the northern hemisphere, this biasing force is to the right. It will make the water flow counterclockwise when it flows down.

If do not respond to the natural rotation force of the earth, the human body is easily injured by the unbalanced centrifugal force and the earth's rotation bias. Therefore, most people on the earth run counterclockwise.

It is said that the swirling vortexes of the north and south are different. How should this be explained?

In addition, most people have a more developed left brain, so the burden is heavier. Therefore, the right brain has more dominating activities than the left brain in terms of running. Therefore, in order to maintain the balance of the body, the human body will automatically strengthen the left foot function that is dominated by the right brain.

About the rules of track and field

Speaking of the reasons for these counter-clockwise runs, but the game goes to the game and the exercises are practiced. Perhaps there is always one that you think is most comfortable in the clockwise or counterclockwise direction. But need to remind you that you should not run in the same direction for a long time, because when you turn counterclockwise, the pressure on your left knee will always be higher than the right knee, so even professional athletes will run alternately clockwise..