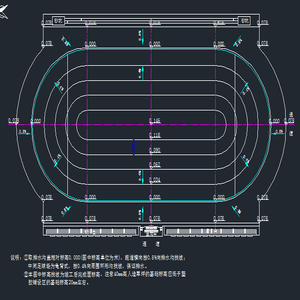 Why the football field is north-south orientated?

Because the direction of the Earth's rotation is from west to east, the sun always rises in the east and sets in the west.

Therefore, only when the football field is north-south orientated, the sun shines from the side of the athlete, so that the athlete can avoid being exposed to direct sunlight and not affect the athlete's game. By the same token, the track and field stadium should also be north-south orientated, the south-north runway will be longer and the east-west runway will be shorter, so as to avoid athletes being affected by sunlight in the east-west direction.

In 1997, the final of the French World Cup Asian Football Qualifiers, the Chinese team was home to Dalian. The Dalian Football Association claimed that Dalian People’s Stadium, which will soon be fully completed, is a modern stadium that can accommodate more than 80,000 spectators. By then, it will welcome FIFA, AFC and fans from home and abroad with a new look. However, surprisingly, the home court eventually chose Jinzhou Stadium, which can only accommodate 30,000 people. Calculated with an average fare of 200 yuan, a full loss of 10 million yuan. This is only a ticket, and indirect economic losses are even greater.

According to the media, the person who categorically rejected the Dalian People's Stadium was AFC Secretary-General Verapan. The reason is very simple: Dalian Stadium does not meet the requirements of FIFA. The reason is neither the court, turf, nor the quality of construction, safety or hidden dangers, but there is a "direction" error. FIFA stipulates that the venue for the World Cup must be north-south orientated and the Dalian People’s Stadium to be put into use is east-west orientated.

A modern football stadium that invests hundreds of millions of yuan has turned into a stadium that cannot be used for international competition due to a seemingly negligence.

At present, many cities in China have a large number of sports fields. They do not meet the requirements in the "direction", some are east-west direction, and some are southeast-northwest or northwest-southeast. Such a field can not only be used as an international competition venue, but also not suitable for regular large-scale sports events.